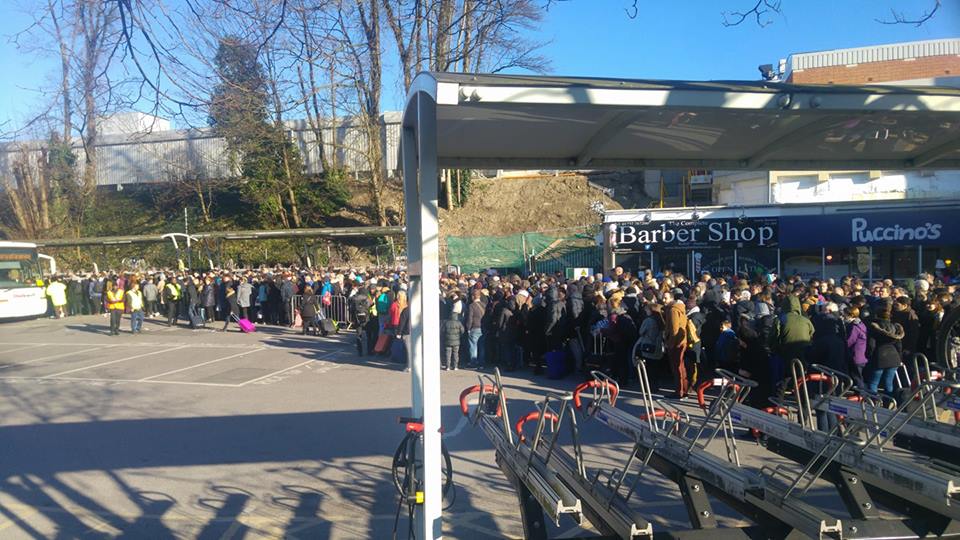 You will likely have heard about the issues at Redhill Station on Sunday 25 February – when thousands of passengers were left stuck trying to complete their onward journey to Gatwick and the south coast by a lack of Rail Replacement busses.

If you saw that (and our response to it last weekend) and feel like you were missing out by not being involved your luck is in, as it looks like it will be a very similar story this weekend when the same engineering works take place.

As a local rail users association we wrote to Southern Rail in response to their plans before the issues happened, and we’ve been speaking to them again since in a bid to secure a better service over the next two weekends when the same line closure is happening.

The good news – they’ve been listening to us

The bad news – they’ve not really doing anything to solve the problem at Redhill on the trains although they’re going to give running busses a better go.

Our point of view

On the face of it this weekend they’ll be doing what they should have been doing last weekend on the bus front. However there simply won’t be enough trains.

Passengers at Merstham and Coulsdon South were unable to board services  last Sunday as they were full. The issue isn’t really being dealt with. All that’s been added to the Redhill route is the 4 extra coaches on the Victoria – Tonbridge (via Redhill) route.

The capacity issue is made worse as everyone from London Bridge will be turning up at East Croydon to board these services too – as the Thameslink trains south will not be running at all.

There should be more trains per hour provided to cope with the passenger demand in both directions.

Oh and not to mention Brighton at home against Arsenal this weekend.

If you need to get to Gatwick on Sunday 4 March you have several options, and most of them involve not using Redhill at all.

– An additional hourly service will run from Victoria to Horsham (via Dorking) meaning you can get to Gatwick on that – the train takes a big loop through Dorking down to Horsham, Three Bridges, and then Gatwick. It’ll be a 10 or 12 car train!
– You can also get one of the 2 trains per hour to East Grinstead from Victoria, and then transfer to a bus to Gatwick Airport.

In summary all your options are:

The Tonbridge train will now be 8 coaches instead of the 4 that it was last weekend. The Victoria to Redhill trains will be 12 coaches again.

Southern also tell us that they have extra standby busses to support the demand if needed, and some of the busses will run direct from Redhill to Gatwick Airport without pulling into all the other stations.

They also tell us that an ’emergency train’ will be sitting at Victoria in case it’s needed (why they don’t run it we don’t know).

At Redhill they tell us they’ll be doing a better job of making sure people and busses are managed effectively. There will be extra staff and bus controllers. The carpark at Redhill will be used to marshal people onto the busses with clear options for each destination.