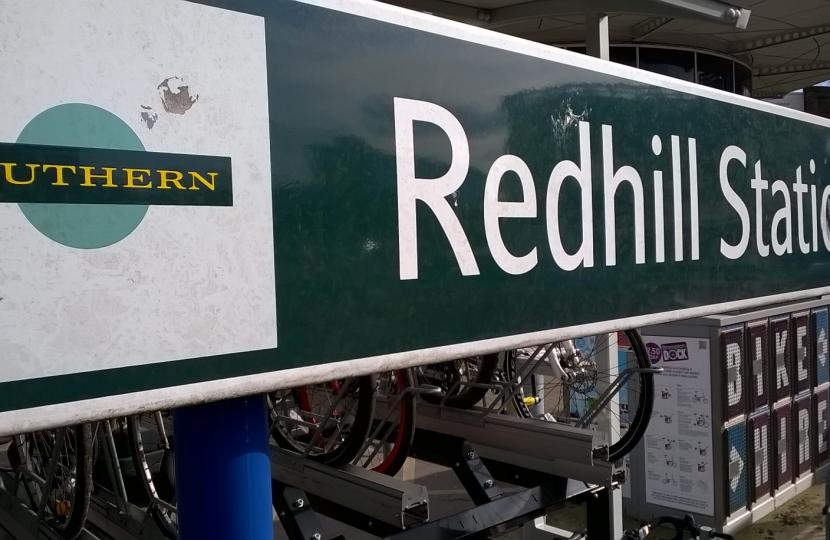 Tomorrow, GTR will launch their new Thameslink and Southern timetable that is supposed to transform travelling along the Brighton Main line. However passengers from the Redhill route are getting stuffed. The #RedhillMoo

In 2015 when cutting over half their London Bridge services Redhill commuters were promised, by no less than the “Passenger Service Director” of GTR Southern, that in May 2018 there would be a significant improvements to their services. This was a false promise, a complete lie to placate very angry commuters.

Well those commuters again are very angry, in May their Victoria service will take 11 minutes each way longer, that’s 22 minutes every day longer commute, that’s almost 2 hour longer commuting a week, or 3 and half days a year more on the train. An absolute nightmare for the 4 to 5,000 commuters who rely on these Victoria trains every day.

2,215 signed a petition calling on the DfT and GTR to reinstate the fast Victoria services, Charles Horton of GTR could not even be bothered to reply. The Ministers at the DfT both said it’s tough luck and undemocratically ignored the thousands of commuters from Redhill.

The DfT did say that the London Bridge services are better than the post cut service, true when you take out most of the trains as they did in 2015 and then reinstate some of them it will be better than the cut state. Reality is that between 6:30 and 8:00 there was 11 trains to London Bridge or Blackfriars in 2012 and in the new timetable there is just 9. That is not an improvement. They will also be the new Thameslink trains with Ironing board seats. So the new trains are less comfortable, less useful for working on due to lack of space around the seats, and more there will be less seats – the new trains drop from 754 seats in the old ones to just 666 in the new ones. Seats given away on services routinely full and timetables to take either 30 or 40 minutes to London.

DFT also said the journey time to London Bridge is faster to compensate for the Victoria trains going slower. Two very clear points from this, passengers for Victoria have no interest in a train service to London Bridge – its half way across town and if your commute is to Victoria, it is because you want to go to Victoria not London Bridge. Second when we used to have peak services to London Bridge in 2012 that took 25 or 27 minutes from Redhill, how can that be slower that the new services that take 30 minutes. More lies pedalled out.

The local passengers at Redhill want their Victoria service reinstated at 28 minutes to Victoria every half hour as it has been since the 1970’s.

This artile has been written because of the huge number of people realising that their daily lives are going to be heavily disrupted by the huge changes in services along the Redhill route. Arun Valley trains no longer call to save 5 minutes for their other passengers but the higher volume of passengers from Redhill are given 11 minutes extra to sit in trains. This will have an economic impact on Redhill as well, when local firms are already struggling to attract the right staff from London and Brighton. Yet we keep seeing publicity about transforming rail services and “It’s time for a new generation of Rail Travel” plus “tube like” timetables – well we are not getting that. Were getting less and slower trains.