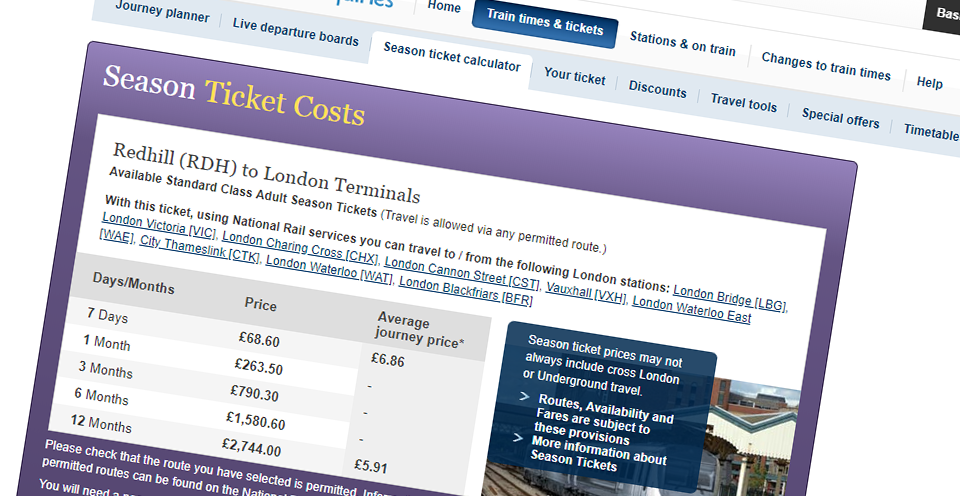 Jo Johnson then Minster for Transport stood up in Parliament on 18th October 2018 and promised to Redhill Passengers and Crispin Blunt the local MP “Today, I can make a commitment that we will see this issue [Redhill Hump] resolved by the end of the current franchise in 2021, with a reduction in fares coming into effect from this coming January.”

This has proven to be a lie when London Terminals Fares from Redhill, Reigate, Nutfield and Earlswood on the Redhill route have risen by 3% in line with all the other Fare Increases across the country.

A few hardly used fares have gone down for Horley and Salfords passengers, but their most regularly used London Terminals fare has gone up.

This follows last January where there was a 14% Stealth Fare Increase in January 2017 as services were swapped from cheaper Southern trains to more expensive Thameslink ones.

The Department for Transport set their Minister up to lie in parliament to avoid embarrassment about the continuing of the unfair Redhill Hump – where fares raise as you cross the M25 leaving London before going down at Gatwick.

What is worse it is our understanding that the DfT revised their instructions to GTR after Jo Johnson left the department which we can only suspect was to remove many of the fare reductions planned.

This follows a series of let downs by the DfT towards Redhill route passengers:

After 5 years of constant lies and spin over the Redhill Route, RRDRUA is today calling for the senior managers in the Department for Transport to be removed from office and the department split up with transport being managed regionally, with a focus that puts Rail users and have their interests at the heart.

For years now Redhill route passengers have been promised improvements only for them to be taken away when major projects like London Bridge and the May Timetable actually deliver. The service being delivered, the communication to passengers, and the routes on offer fall significantly short on value based on the price of travel. Topped now with the Transport Minister and the department for transport telling lies about fare reductions. Something has to change

The provisional date for the 2017 Reigate, Redhill and District Rail Users Association AGM has been set for the Thursday 30 March, 19.30 in the Harlequin Theatre, Redhill.

Our annual AGM is more than just a formal meeting of members of the rail user group. We also invite representatives of the Rail Operating companies to share news, updates, and answer questions. And we’ve already had confirmation that Angie Doll, Passenger Services Director for Southern will be attending.

Entry to the AGM is for full members only. If you’re interested in attending membership is just £5 and you can find our more on our membership page.

Yesterday the RRDRUA President Crispin Blunt MP has written to Chris Grayling asking for his attendance too. 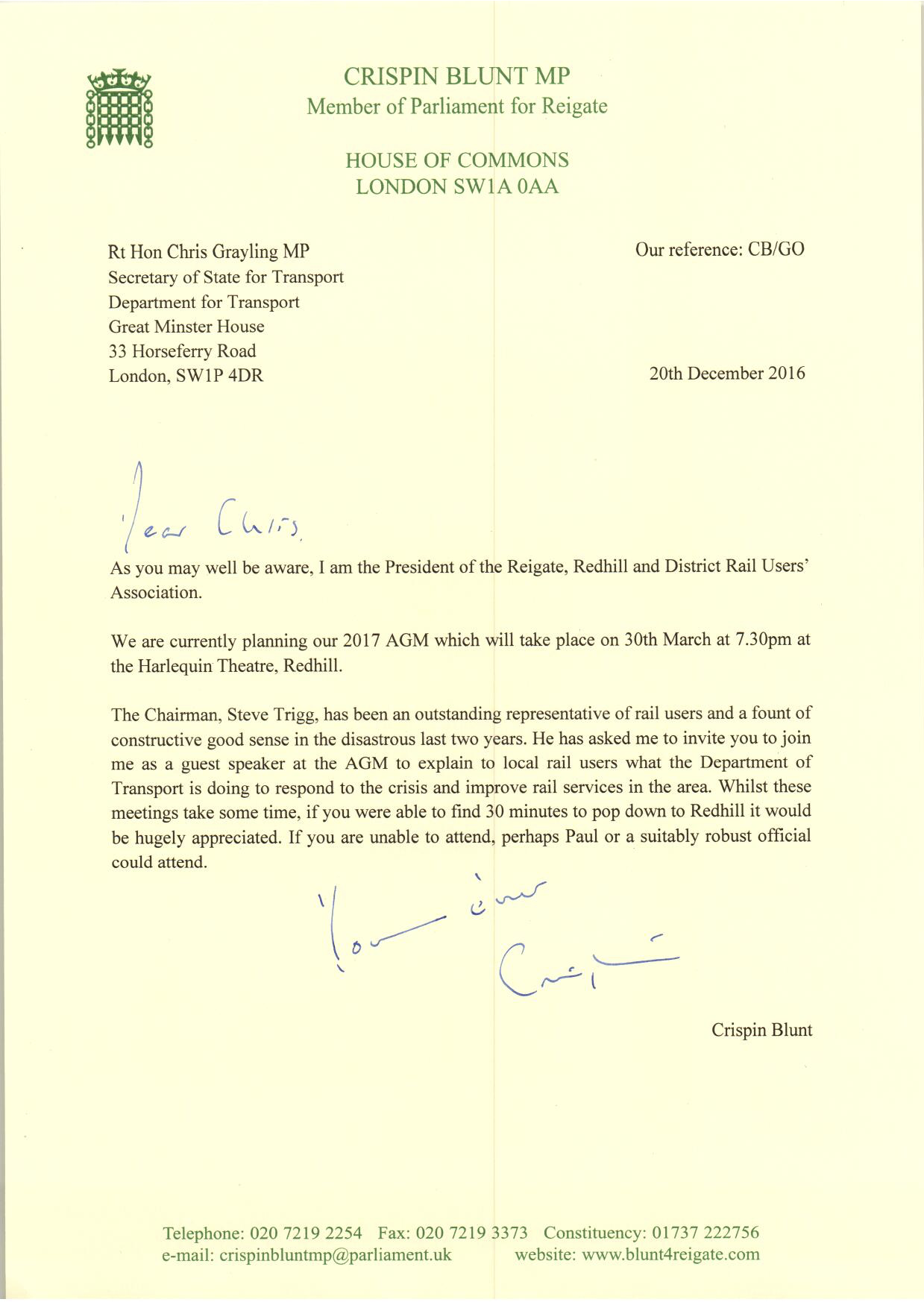 A copy of the letter can also be downloaded in PDF.

A message to the leader of the RMT, the Department for Transport and Southern Rail

We, your passengers, have had enough. Enough of the daily cancellations, enough of the ubiquitous delays, enough of the unofficial strikes and enough of your inaction. All of us are suffering uncertainty and stress on a daily basis, and some of us have even lost our jobs because of your imploding ‘service’. Only you can stop this, so we are asking you to get around the table now, immediately, today, and work out a deal. Don’t leave the room until you have one. We can see sense, it’s about time you did too.

From the Reigate, Redhill & District Rail Users’ Association, on behalf of all Southern Rail passengers. A PDF of this advert can be downloaded here (1.7MB)

As featured in the Times newspaper on 6 July 2016.